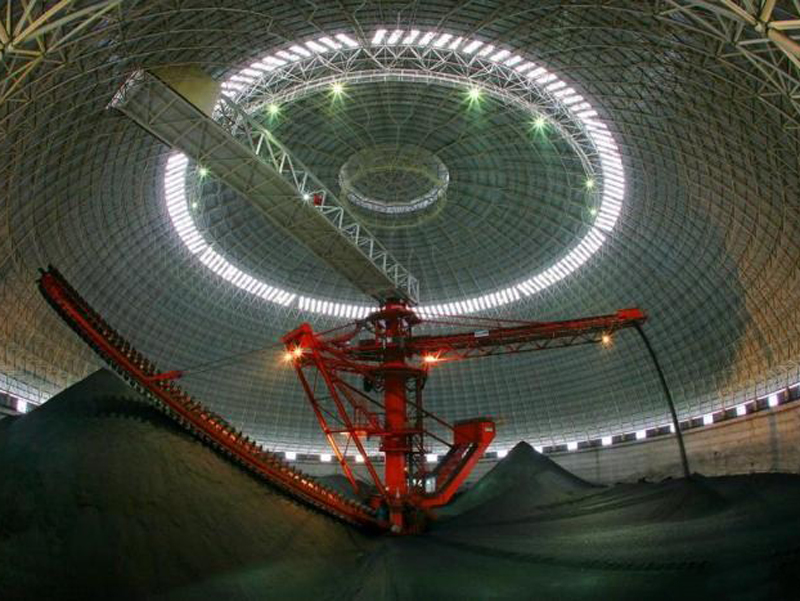 ·The circular stockyard with retaining wall can save 40%-50% occupied area than other stockyards with the same storage capacity.

·The manufacturing cost of this machine is 20%-40% less than that of other equipment in the same capacity and power.

·The circular stacker and reclaimer is arranged in the workshop. Indoor operation prevents the material from wet, wind and sand, thereby keep it stable in composition and moisture, also benefits the following equipment in sufficient output power and smooth running.

·Retaining wall is set around the circular stockyard to increase the storage capacity. A hemispherical grid roof on the wall can enclose the dust generated during the operation, thus meeting environmental protection requirements.


Send email to us

Write your message here and send it to us